We're going on a trip. Yay! It'll just be me and the baby. Boo. Destination: USA. Yay! 14-hour flight with a toddler. Yikes. Flying back home eventually. Double yikes.

When we started having talks to go to the States with Luna, both excitement and dread have taken root in my head. As you can see above, it's been a constant battle of yays, boos, and yikes in my mind for a good month or so now. It's become a bit stressful, to be honest. I mean, traveling with a baby is no joke. I know, I've been on countless plane rides to various destinations, and I know for a fact, after much observation and deduction, that babies and planes just don't mix. Now, it'll be my turn to take a baby. A fidgety, chatty, adventurous toddler at that. Oh, I can already see the glares and evil stares from other passengers. Gives me the heebie-jeebies.

This will not be Luna's first time to fly, no. Her first time was when she had just turned 1 and we flew to the Visayas for some leisurely time with family who were visiting from the US. The flight from Manila only took about an hour or so and Luna was just an angel. She slept through most of it. Hallelujah! The flight back to Manila took a little longer because of some airport traffic issue. So, we circled the skies for an extra hour. Even then Luna was still well behaved. I wasn't anxious about traveling with her that time at all. This time around, I have anxiety up the wazoo.

Understand that the circumstances are just way different. Back then Luna hadn't even started walking yet, so she basically sat on our laps the entire time we were on the plane. Take note, I said laps. That's plural. Obviously, I wasn't alone. She bounced from my lap to my husband's to my mom's and so and so forth. She had, well, options. And I had down time. All Luna needed was one toy and she was set. It was perfect. This time around, it's a whole other ballgame.

This is not going to be a short plane ride; 14 freakin' hours at the very least! She's less than 2 years old so she doesn't have to have her own seat on the plane. But with that comes the real price I have to pay - she has to sit on my lap that whole entire time. $1200 savings, check! Restless toddler on my lap, X X X!!! She's walking now, so I'm pretty sure she won't want to sit still that whole time. I can't even stay seated for more than 3 or 4 hours at a time. More so for a child who had just discovered that walking is the shiznit.

Panic and anxiety still lingers, I won't lie. In fact, my heart still races every time I think of it. But a friend pointed out that if anyone can handle a situation as unpredictable and potentially challenging as this, it would be me. Oddly enough, that helped. I know it to be a fact. All anyone could ever do is prepare the best they can for any situation, and preparation just happens to be my thing. This is where my training as a master girl scout (and daughter of my mother) kicks in. See? Now, I'm excited. [insert evil grin here]
Posted by frizzyeatworld at 8:02 AM 1 comment: 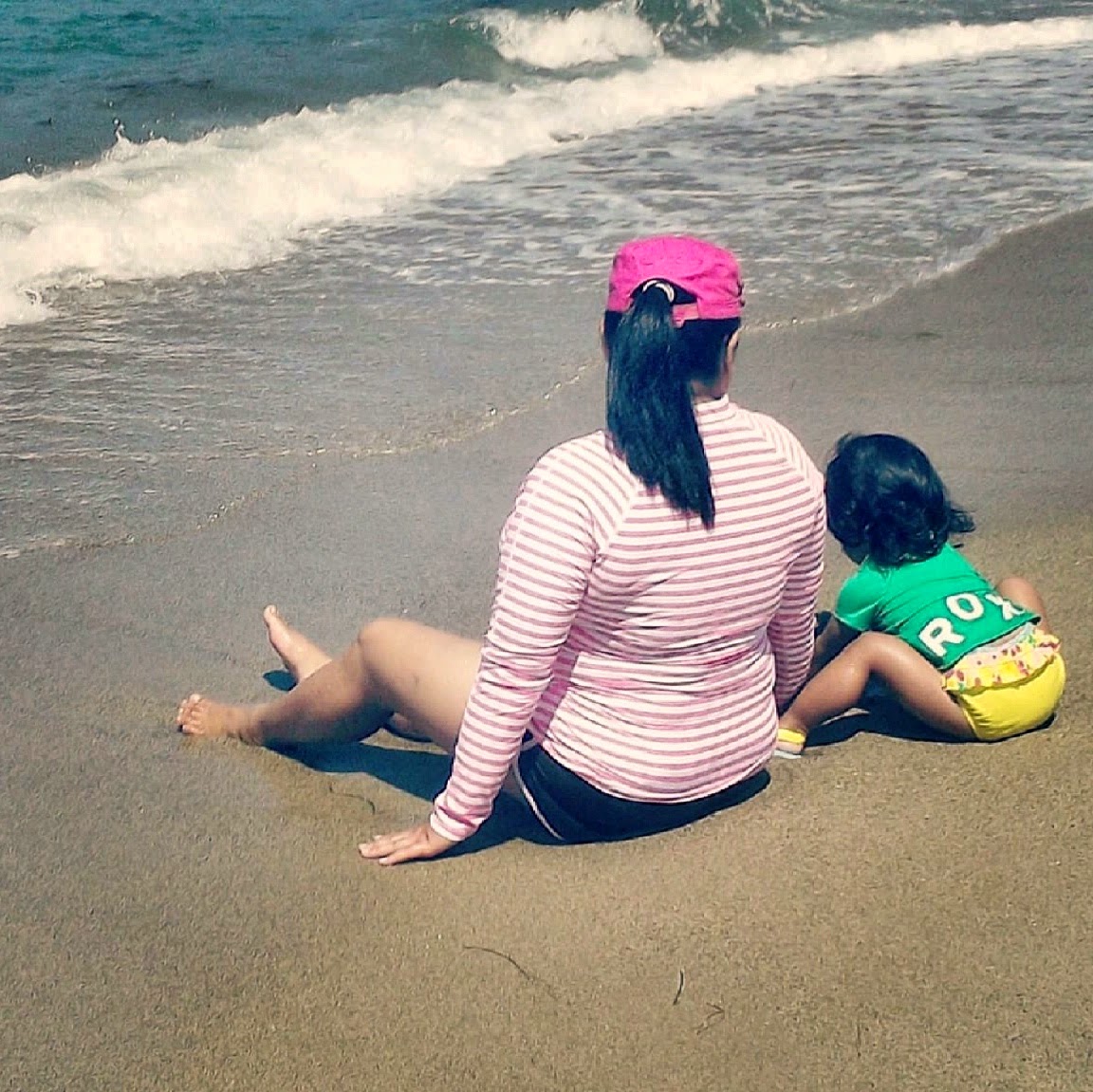 Frizzy Dorado-Obias is a freelance website copywriter and full-time homemaker. Aside from wanting to be huge in the international music scene, Frizzy is also hoping to stumble upon the cure for all diseases someday. And host the grandest food fight party in Africa.

Moms of the World Unite